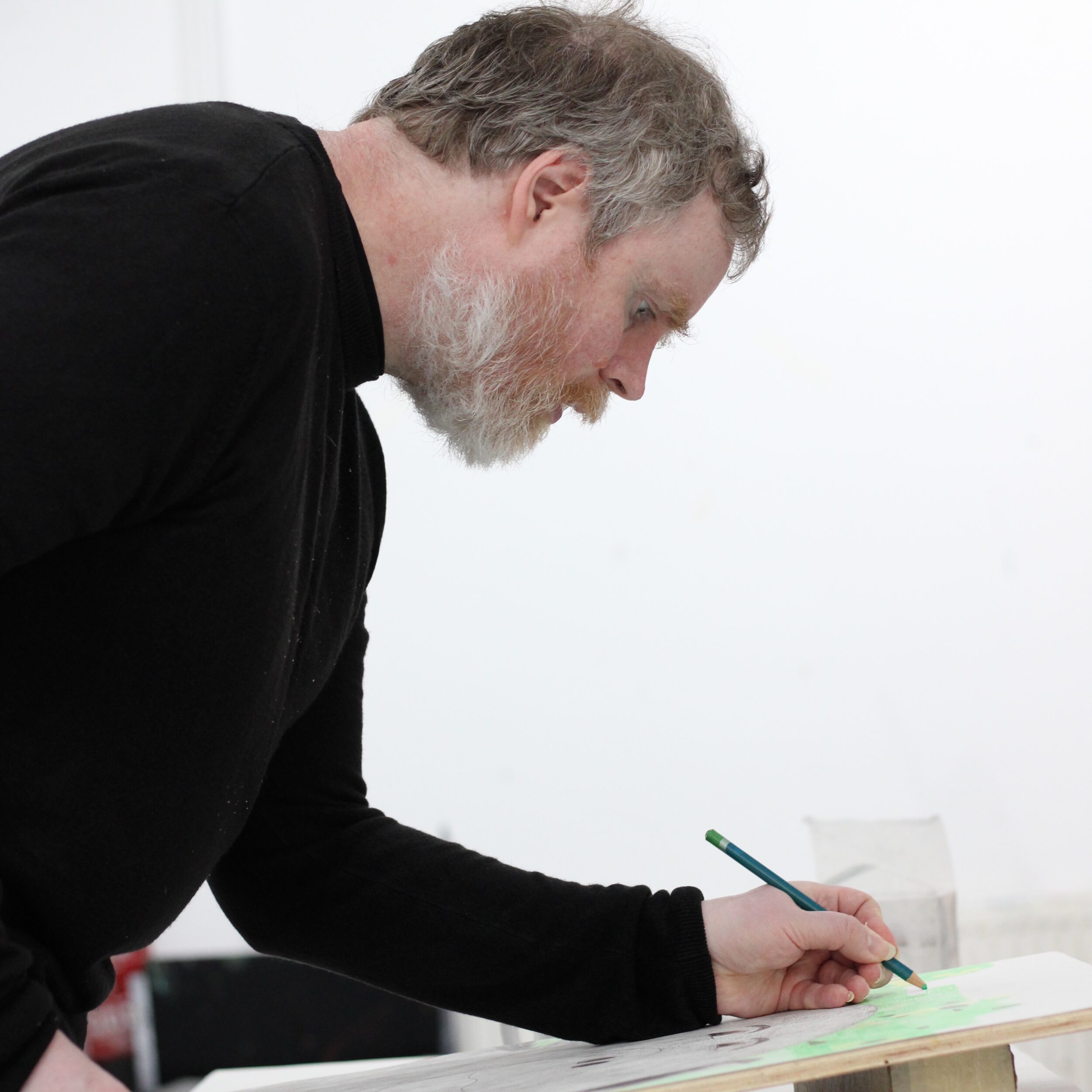 Back to The Collective

Neville’s preferred subjects in which he’s most interested is of animals and natural history, (one of the many topics of which he appears to have an almost encyclopaedic knowledge).

His favoured method of working is drawing with coloured pencils through which he can exercise a level of control and precision which is important to him.

The scale of the works is modest, usually between A3-A2. The image is methodically executed and begins with an incisive line drawing of the subject and its’ surround which is then systematically coloured by means of an in-fill of regular shading that looks almost mechanically produced. The resulting pictures possess a singular characteristic and remain very idiosyncratic to Neville’s vision. The arresting impact of the images is testimony of an unusual sensibility.

If A Picture’s Worth A Thousand Words, Hastings Arts Forum Gallery, 2010

Putting ourselves in the Picture, Fabrica Gallery, Brighton, 2019

Neville Jermyn is featured at the following exhibitions

We use cookies to ensure that we give you the best experience on our website. If you continue to use this site we will assume that you are happy with it.Ok